Keystone Korner, in San Francisco, was a jazz and blues club in the late 60’s till1983. It apparently moved to Baltimore in the 80’s, which seems weird. I was only 18 at the time this photo was taken so would not have been allowed in to listen. There is some disinformation online that the club didn’t open till 1972. I didn’t time travel to the future 2 years when I took this photo, so I’m convinced it opened in the 60’s. On the bill when I took this photo ( on a very cheap camera and scanned in to an iMac) is Boz Scaggs and Benny Cecil and the Snakes (couldn’t find anything online about Benny on multiple search engines).

There is a bit of history regarding this photo. Photo was taken in July of 1970, using film and decades later, scanned into PC.

Location: East Oakland, CA. A friend had recently remodeled her bathroom and the remnants of the old bathroom ended up in her backyard. She lived on Oak Knoll Rd., a few blocks from the Oakland Zoo. Across the street from her lived Sonny Barger, the head of the Oakland chapter of the Hells Angels Motorcycle Club. An interesting neighborhood!

TBT:A Glimpse Back in Time 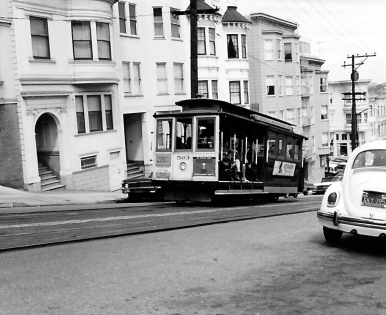 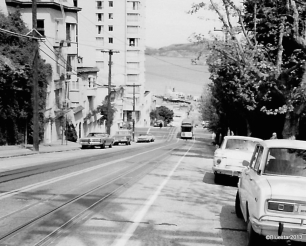 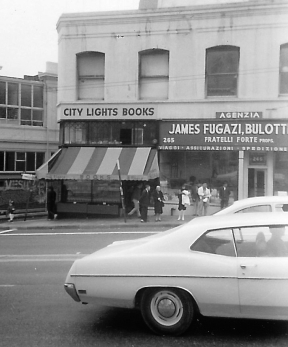 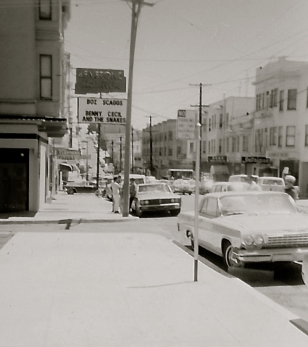 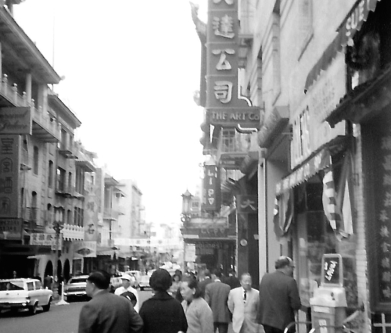 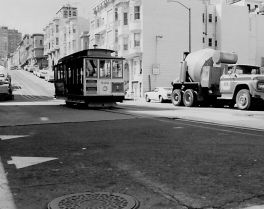 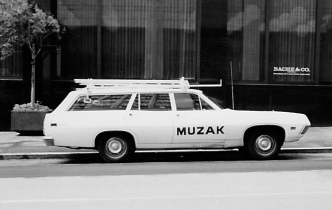 Another blogger, SunandGold, recently did  a posting from her time spent in San Francisco. Her interest and fascination with the city/culture was shared by me 45+ years ago. I promised I would post these photos from 1970 in one posting ( rather than individual posts that I did in the past) so she could get a slight inclination of what the city was like all those years ago, measured against her recent visit to the city.

If you look closely at the image of Vanessi’s you will see a woman walking alongside the building, having come down Telegraph Hill. The image below, looking up that same street, shows a lone man in a suit walking to work ( this was a morning shot). Anyway, two points:the woman is wearing a scarf. This type of dress or accessory died off or fell out of favor shortly after this time. Also, personally for me or about me, both of these images portray the individual /subject as being a small, insignificant part of the world they are captured in, in terms of composition. To this day I have continued this approach, portraying a sense of ‘aloneness’, in many street shots of people. It almost seems like an unconscious methodology or approach to people. Even in the most crowded of spaces, people find themselves isolated. The images with cars in them also help validate the point in time in which I shot these film images all those years ago.

I think the rest of the images are, for the most part, self explanatory. Of interest might be the image adjacent to the City Lights Bookstore. If you look at the reader board on the building you can actually read the band/musicians on the bill for that week, which in some sense helps to corroborate the time at which the image was shot. Keystone Korner was a great venue for catching current musicians such as Boz Scaggs and Bennhy Cecil and the Snakes! I think it was an over 21 club, but I could be wrong.

Thanks for going along for this short ride into the past with me! 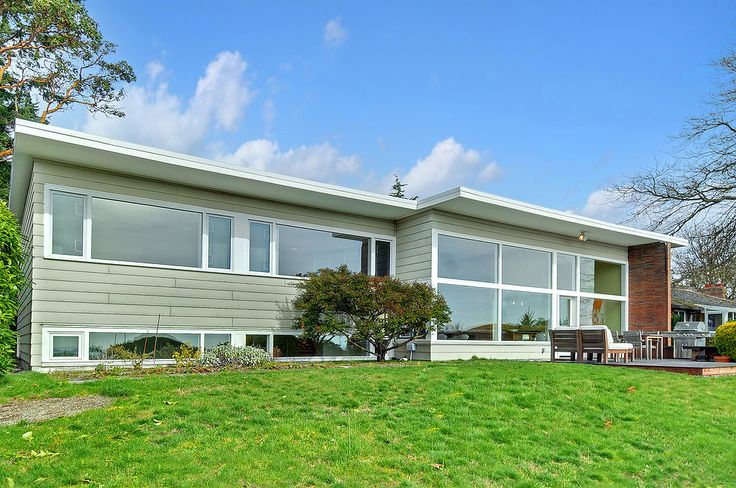 In 1962 Seattle architect Paul Thiry did the design of some of the buildings at the Worlds Fair. Just as a side note, he also designed a house less than a mile from my home, on Marine View Drive, in Arbor Heights ( image above). The image of the NW Rooms refers to a series of rooms in a building Thiry designed. Today those rooms are no longer named NW Rooms, but are being used by SIFF and The Vera project, among others.

One of the rooms was called The Nisqually Room. In 1970, a band I was in played one or maybe two nights for some event ( I’ve been told it was a after-concert party for the All City Band in Seattle. I think we owed the music teacher of our high school a favor for letting us practice in his home basement and school music room. Mr. Terpenning was only a few years older than us and was supportive of what we were doing-which didn’t seem too odd at the time, but now……?). That was probably the largest room we ever played.  The ceiling was so high the sound went everywhere at once and kind of morphed into something long and echoing.

The article in the link does not say what the Nisqually Room morphed into over the years. It may have been  combined with an adjacent room. I have walked up and down the steps and around this set of rooms and my memory says one thing and the physical structures say another.

Anyways, I thought it was interesting that my history and that of Paul Thirys’ met 8 or so years after his design and contribution to the Worlds Fair in 1962. 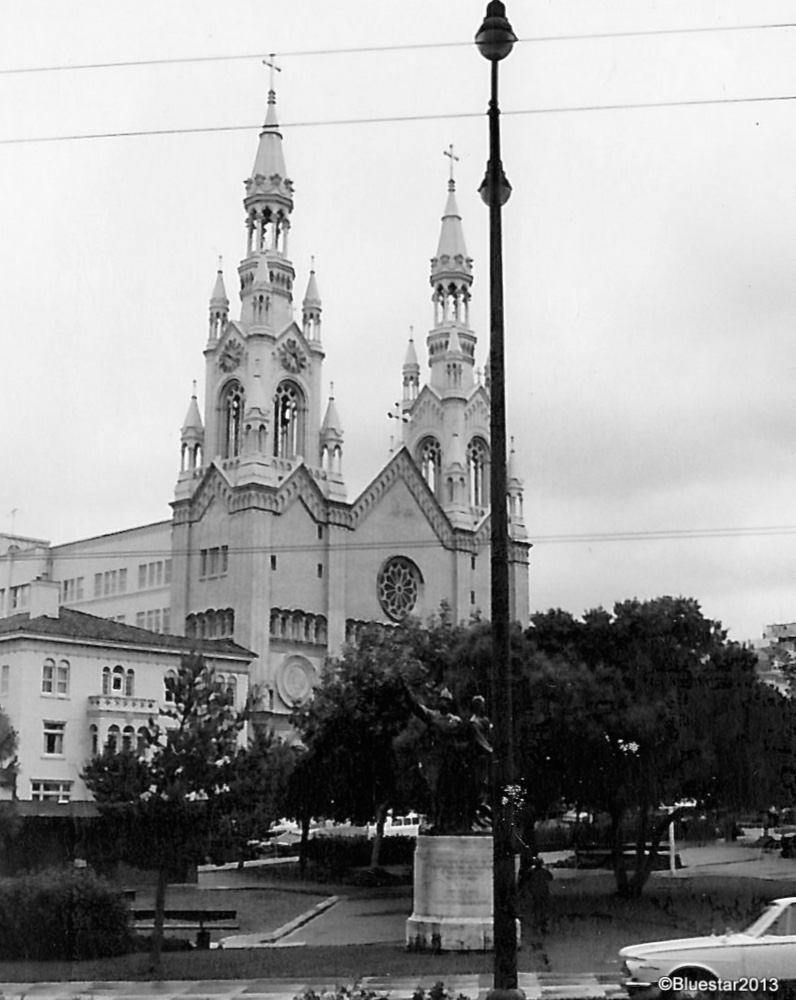 How We Freeze Time 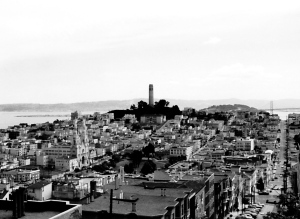 Over time memories fail, diminish, alter and embellish. The camera lens, exposed to film or sensor, is the true memory and  truth teller of the past.

The above photo was taken in July, 1970, a view from Nob Hill towards Telegraph Hill and Coit Tower. 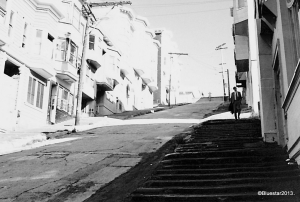 Two images, nearly 45 years apart, explore the same theme. One way to portray the human sense of aloneness is to put the subject alone in a large context, almost to the point of being almost meaningless, hard to find. The subject in this context is either not whole ( as in the Coney Island image) or is stepping into the shadow ( as in the Telegraph Hill image from 1970). Most photographers would explore this theme by focussing closely on the subject, as in a portrait with certain facial expressions to convey the theme. In both of these images the viewer is forced to look longer and closer to find the subject. To further emphasize the theme I picked places that are normally associated with lots of human traffic and times when that traffic might be minimal or non-existent.

Just as an aside: To shoot both of these images I used the same strategy, that is planting myself and camera in a location, waiting for the image/shot to come to me. This, too, is contrary to what is generally taught in photo classes; they always stress scouting your location ahead of time and going out with a plan of what you want to shoot. All good and well, but sometimes breaking the rules allows for surprising results.

Normally I let my images do the “talking” and let people decide what they see and how they see it. With these two images I got a sense of personally coming full circle, something a few words, would help to explain how they came about and how my perceptions are formed.

Junk as Art or Entropy or Dark Forces? 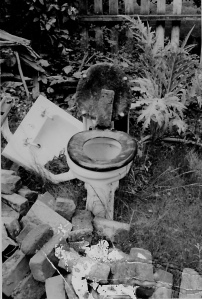 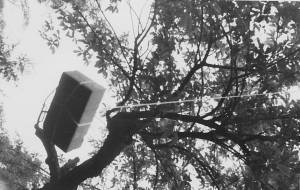 I posted these three images on my Instagram account late last night. After high school graduation I slipped away to spend some time with a friend who lived in East Oakland, CA. She had just finished remodeling her bathroom and so had left this pile of debris at the back of her yard. East Oakland was a very sketchy even dangerous place in 1970 ( but that is for another story). She hung bricks from her lemon tree and to me it was either just odd or perhaps even darker than odd: why would someone hang old, red bricks from a seemingly healthy lemon tree? My youthful imagination went into overdrive imagining all sorts of dark rituals or beliefs at work here. In reality, I suppose there was a very practical reason for the hanging bricks, but is sure looked odd.

Anyway, the images were old prints that I scanned into a PC last night. I think they were taken on my Agfa 35mm camera, but, 45 years later, I’m not sure.

Scanned from a 35mm print in 1970. Location: East Oakland, CA. A friend I was staying with had just remodeled her bathroom and had not yet disposed of some of the debris. I found this in her backyard and of course, was immediately thinking of a photo opportunity. Seems my interest in subject matter has not totally changed over the past 45 years :-).

Scanned from a 35mm print taken in 1970; just below Coit Tower on Telegraph Hill, San Francisco, is the Garfied School. In the far background you can see the Golden Gate Bridge. The other two images show the Garfield School today, officially named Garfield Elementary School. Adjacent to the school you can see a two-tiered outdoor playground (with students playing) for the students. 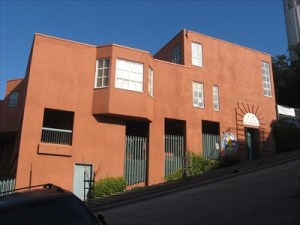 The Truth Will Set You Free

A daily selection of the best content published on WordPress, collected for you by humans who love to read.

The Random Things We See

Because There's Style...And Then There's JerseyStyle

SOFT AS SNOW (BUT WARM INSIDE)
Records I Like

Wittering from an old indie kid who finds music so you don't have too!